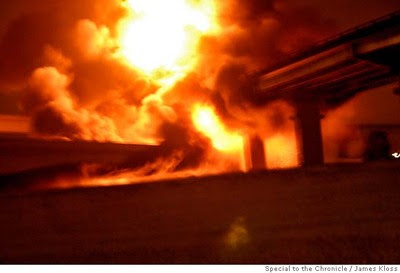 So this is what it takes to get the governor of the most populous state in the union to urge residents to carpool or use public transportation.  What will it take to get the rest of us to follow suit? 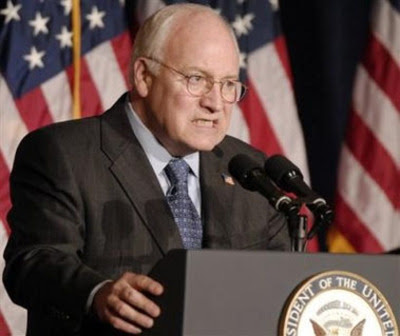 On a day when my alma mater is getting a lot of national attention, there are other, more important happenings there that deserve more publicity:

A long overdue step toward tolerance.

And a novel renewable energy source. 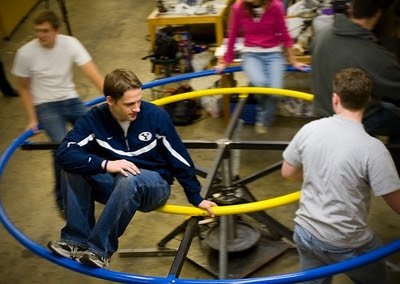 If only those engineers could harness the kinetic energy if an eleven-year-old video game-zombie’s thumbs, we could power our nation on high fructose corn syrup.

Ryan and I were bicycle outlaws again on Saturday.

We rode past the ‘ROAD CLOSED’ signs at Apollo Road.  Salt Lake cyclists will know Apollo Road as the east end of the I-80 Frontage Road that leads to Saltair, Utah’s once-famous counterpart to Coney Island.   There is a construction project there that has required the closure of that road—and of one of Salt Lake’s favorite bike routes—since last fall.

A sign at the construction site originally stated the road would be reopened at the end of last November.  Then a new sign proclaimed a spring of 2007 opening date.  That sign has been replaced with a new sign that describes the project but gives no opening date.

On Saturday when Ryan and I arrived at the road closure we stopped and considered our options.  Then we saw a rider coming toward us from the construction site.  We looked down and saw hundreds of dusty bike tracks on the newly paved surface.  We wouldn't be the first cyclists to ride through the road closure.

We went for it.  There is new pavement all the way to the new building.  Then if you cut through the parking lot and ride across 100 yards of gravel road you can be on the old bumpy concrete road to Saltair that we know and love (to hate).  The upshot is you can ride the road if you don’t mind a little gravel and you go on a weekend when there isn’t a lot of construction activity.

There is a phone number at the bottom of the new sign at the road closure.  It’s connects you to the Salt Lake City Transportation Department.  I called it this morning and spoke to a man named Rick.   He knew exactly what I was talking about, and commiserated with me, saying that he likes to ride out there too.

Rick told me that the permit his department issued for the road closure was set to expire March 31, but was extended because the shallow water table kept causing trenches to cave in.  He said they had to dig really wide trenches to keep the workers safe, but that wide trenches were unsafe to cyclists, hence the road closure.  Rick said the permit has been extended through June 30.

Ryan and I didn’t see any trenches on Saturday, so Rick has old information.  Sure, there is still a safety concern for cyclists mingling with construction traffic but that could be easily remedied by separating the bikes from the trucks with a few traffic cones or some flashing barricades.

So there’s no real reason to keep the road closed.   Let’s all call Rick in the transportation department and tell him that.  The number is 535-6630. I found this little memento in one of the dark corners of my desk drawer last night.  It’s from my days of riding a fixed gear all over Seattle.  There’s not much of a story; I was waiting to turn left at a stoplight.  The light for the cross traffic turned red, so I crept into the intersection.

I stalled, and stalled, and stalled, but my light never turned green.   I had crept out far enough into the intersection that I was now in danger, so I decided it was safer to run the red light.  As soon as I did I heard the sirens of a police car, the one that until then I didn’t know was waiting right behind me at the light.

My first thought was that I could outrun the cops, I mean, I was on a bike and there was lots of traffic.  Seattle’s traffic congestion is second only to L.A.’s.  There was no way they could keep up with me if I weaved my way between the cars.  Then I remembered that this was the same neighborhood the police had recently shot and killed a man who had tried to outrun them.  I pulled over and owned up to my crime.

Have you ever been a bicycle outlaw?

The best-laid plans of mice and men

By nine o’clock Friday evening I had everything in order for Saturday’s  Cholla Challenge near Hurricane, Utah.  It was going to be a hot day, so I had my water bottles filled and frozen with electrolytes.  I took an easy pre-ride of the race course.  I had a big dinner.    I went to bed early.  So much preparation, yet all it took was a slight turn of the handlebar in a patch of sand.

At eleven o’clock Saturday morning the temperature was already in the mid-80s.  15 or 20 of us lined up at the start.  There was no parade loop this year to spread out the field before we started onto the singletrack course; instead we all bounded over flour-soft dirt roads to the first wash and the sand and sandstone.

As a recent smoke school graduate, and as a certified Visible Emissions Observer, I can tell you that the opacity of the dust emissions from our group was 65%.  That means 35% of the light was getting through, and that we could only see about 35% of the trail.

One thing I did see was Rich A. go down on a loose turn.  Someone else went down a few seconds later.  Then it was my turn.

I don’t know how it happened.  One moment I was racing, the next moment I was lying in the sand.  An instant later I was up and running with my bike.  My knee was bruised and skinned, but no real damage to body or bike.  I rode on.

Two minutes later I was climbing the only real hill of the course when I reached for my water bottle—not there.  Normally that’s only a minor inconvenience, but on this day, with this heat, with 10 more miles to go in the lap, I was in trouble.  I rode about 6 miles to a water station where I grabbed a cup.  Meanwhile, Rich had recovered and was sitting on my wheel.

A few miles later we came to a dirt road.  I moved over to let Rich take a pull. My mouth was dry like a cotton ball.  As Rich came by he said “this sucks.”  I agreed and asked him for a shot of whatever he had in his water bottle.  He generously gave me the whole thing.  There wasn’t much left but I chugged it all and tried to hang on to his wheel.  He and I had a similar conversation mid-race last year in Nevada.

At the start of the second lap Mags was there with another bottle for me, but I shouted to her that I needed a big bottle.  All she had was a small one so I muttered a few things that I’m ashamed of, and that I know a few spectators heard.  I didn’t think I could finish another lap with so little to drink.

Mags, bless her heart, read my mind (and my lips?) and sprinted across the desert with a big, ice cold bottle and met me at the base of the next climb.  That may have been the difference between me finishing the race and dropping out.

I drank so much that I felt sluggish on the climb and watched Rich pull away for me.   See, I’m pretty good at coming up with excuses for not being able to keep up with Rich for more than a lap.  It took me most of the second lap to feel normal again, but by then Rich was nowhere to be seen.

I started the third lap alone but mid-way through I started catching and passing sport riders.  I like passing them at the end of a race because it makes me feel fast again.  I like to tell them they’re doing a good job as I go by, and sometimes they reciprocate.

At the finish line I was too tired to check the results.  Rich was lying in the back of somebody’s van. Brad was looking pretty waxed too.  I didn’t stop to talk with my mother, who had made the long drive down to watch, I didn’t check the results. I went straight for my car and sat down in an exhausted stupor.

Fifteen minutes, one quart of water and one quart of chocolate milk later I felt strong enough to walk.  I thought the results were wrong when I saw my name in third place.  Rich confirmed them to me.  Somehow he had passed Brad for the win, and somehow everybody behind us was suffering as much as we were.

Ahh…the joys of racing in the desert.  Here are a few more:

My brother finished 12th in his first sport race.  Those guys in sport better watch out.

My new shorts literally rubbed me the wrong way.  Note to self: never do a 35 mile race in brand new shorts again.

My prize for third place:  A 26 inch tubeless-ready tire.  I ride a 29er.  That’s two races in a row with irrelevant prizes for me.  Anybody want a new tire?

I owe Rich a big thank you for giving me his water bottle.  Especially considering that he had to scrounge some off the ground during his third lap.

Does this place look familiar?

There’s a new film out about where I used to live.  Chances are it’s about where many of you live too.

You can watch the trailer here.  Watch for it coming soon to a Megaplex near you.

Are you a believer?

Mormons have been getting a lot of media attention lately. 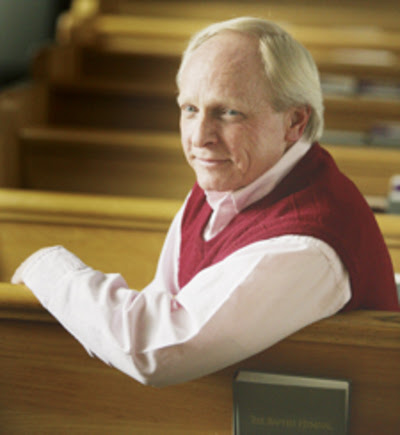 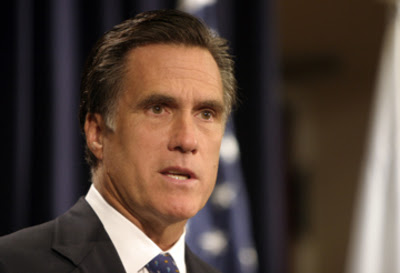 And some bicycle evangelizing: