I’ve been a dad for a week now, so I now know a few things about fatigue.  For instance, it can be caused by 2am feeding sessions followed by 3am diaper changing sessions.   It can also come from all of the visits we’ve been having from family and friends which stretch well into nap time.  I might have to establish—and strictly enforce—visiting hours so Mags can get some sleep.  Fatigue also comes from cycling, and I don’t just mean riding your bike.  I’m talking here about the periodic loading and unloading of a material, for example, the aluminum in the fork on my cyclocross bike.

I like to ride my cyclocross bike this time of year because most of the trails are still muddy or covered in snow, and with all the rain we get in the spring, it’s nice that I can fit fenders on it to keep my arse somewhat dry when I ride on the road.  Last week, in one of my final pre-fatherhood rides, I went up Emigration Canyon and beyond to see how high the snowline was.  What by all accounts was an uneventful ride was almost ruined at the top of Little Mountain Pass when I saw that my odometer had changed to 9,700 miles. 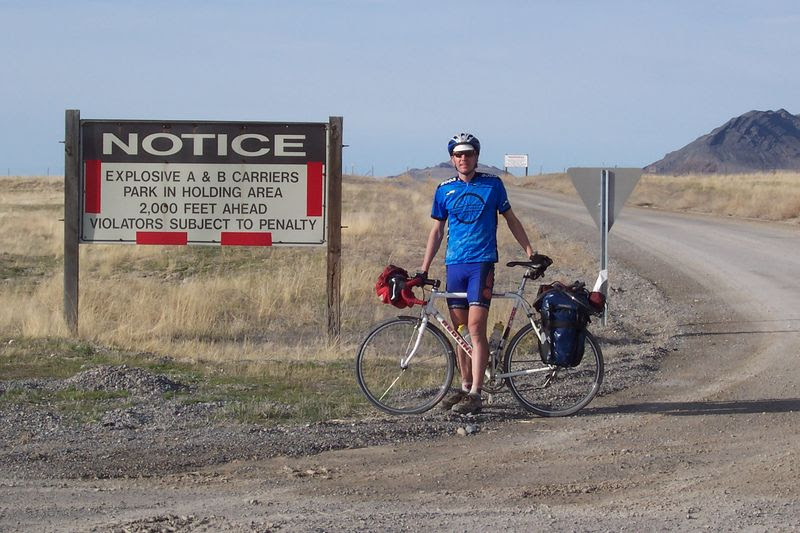 “Wow, 9,700 miles”, I thought as I descended into Emigration Canyon at 30 mph.   “I’ll turn the thing over in just a few weeks”, I thought as I rode over a few bumps and watched, as I have been doing on this bike for eleven years, my fork flex up and down.  I used to joke that I get almost an inch of travel out of it.  Then I thought about the Strength of Materials class I took in college where I learned that aluminum has no fatigue limit, meaning that in can develop microscopic cracks that enlarge where loads are applied repeatedly.  Eventually the crack becomes so large that sudden fracture of the material occurs.   Fellow enginerds wanting a geekier explanation of this phenomenon can scratch that itch over at the Sabrosa website because, thank goodness, I’m not that kind of engineer. 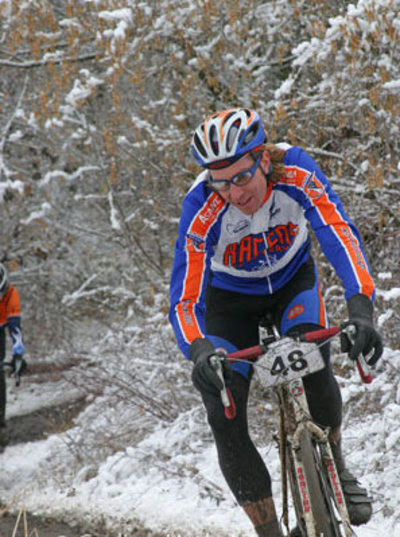 Now exceeding 40 mph I thought back to all the great rides I’d done on my cyclocross bike.  I rode it on my longest day on a bike—211 miles from Seattle to Portland.  I loaded it up and toured the San Juan Islands on it.  I’ve raced cyclocross on it.  I’ve ridden it around the Great Salt Lake twice.   I’ve put countless (well, 9,700 miles actually) miles commuting to and from work.  It’s always been my go-to bike in the worst weather because I wanted to preserve my road and mountain bikes.  Rain, snow, salty roads, tours, muddy cyclocross courses, I’ve ridden it in some of the worst conditions possible.

What do I do?  Is 10,000 miles too much stress on an aluminum fork (not to mention the aluminum frame)?  Is it time to retire one of my favorite bikes?  A sudden failure of my fork at 40 mph, or 40 miles into the west desert could cause my boy to grow up fatherless.  [I could probably survive a sudden fork failure 40 minutes into a cyclocross race, so should I save the bike for racing only?] 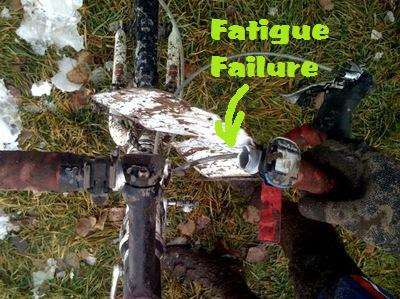 Sometime while descending the canyon I convinced myself that 9,700 miles is a lot less than 10,000 miles and I am somehow safe for another 300 miles.  So when I got to the mouth of the canyon I turned onto the Bonneville Shoreline Trail for a little single track on my ‘cross bike with skinny tires.

Anyone want to buy a used cyclocross fork?