Hey, look over there

Don't vote for this guy 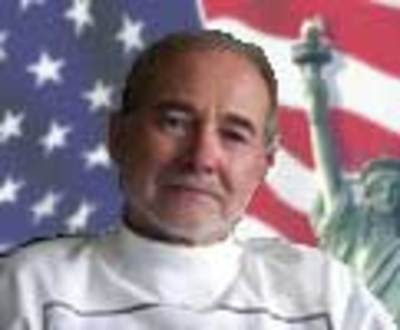 If you live in Salt Lake City, this guy wants to be your mayor.  His name is Rainer Huck and  you might have guessed from his picture that he is a Libertarian Crackpot.  Yes, I believe that is the politically correct term for people of his particular bend.

You may recall that Mr. Huck is the former president of the Utah Shared Access Alliance, the ATV advocacy group that believes ATVs should be allowed to go anywhere and everywhere they please.  He once led a group of disabled veterans, complete with oxygen tanks and walking canes, past a “no ATVs” sign, across a proposed wilderness area to a small desert creek.  He reasoned it was an act of civil disobedience.  I’d call it more an act of uncivil ignorance.

But that’s about as Transcendentalist as Rainer gets.

On his website, www.huckformayor.com, he claims to be the Anti-Rocky, in reference to current Salt Lake City mayor Rocky Anderson.  He says if you want to know his position on an issue all we have to do is “apply the principle of inversion” to whatever Rocky would do.  For example, Rocky supports preservation of the small, old houses that were popular when Salt Lake City was built out.  Therefore, Rainer opposes neighborhood covenants that would prohibit property owners from building “monster houses” anywhere they want.

Rainer says he will not take any campaign contributions and will not have any signs, billboards, flyers, junk mail campaigns, etc.  That’s a great idea to eliminate those eyesores and wastes of resources, but I’d venture to say that it’s also why most of you have never heard of Rainer, not to mention that he’s running for mayor. I’d also venture to say that’s one of the reasons we’re fortunate he’s not going to win.

Here are some more.

Rainer doesn’t like what rocky has done to make Salt Lake City a more bicycle friendly town.  He says he conducted a survey and found that 98% of people prefer to drive their cars to work, even in good weather.  He doesn’t understand why Rocky gives cyclists "extraordinarily preferential treatment", and apparently doesn’t understand that cyclists are doing all commuters a huge favor.  Rainer is out of touch if he doesn’t realize that Rocky isn’t giving cyclists undue influence but instead is just trying to restore some balance.

Rainer says he wants to make Salt Lake City a more car friendly town.  Honestly, what more can he do?  Has he seen our absurdly wide and straight streets?    Has he seen our sprawling suburbs?  Our big box stores with acres and acres of parking lots?  Salt Lake City is one of the most car friendly towns in the country and all Rocky has done to alleviate the problem is paint bike lanes on some streets and provide places for cyclists to lock their bikes up.

Rainer says economics tell the whole story:  “Automobile users pay their own way” while bike and transit riders require subsidies.  Rainer is out of touch if he doesn’t realize how heavily subsidized our roads and highways are.  Or maybe he thinks our roadways should be privatized.  Then we could all pay a toll each time we wanted to drive on one.

I could go on and on with examples of Rainer being an out-of-touch crackpot; his website is full of them,  but I don’t want to waste any more of my or your time on him. I’m not going to tell you who to vote for.  I don’t even know who I’ll be voting for.  But if you vote for Rainer, you’re voting to replace a left wing nut job with a right wing nut job. 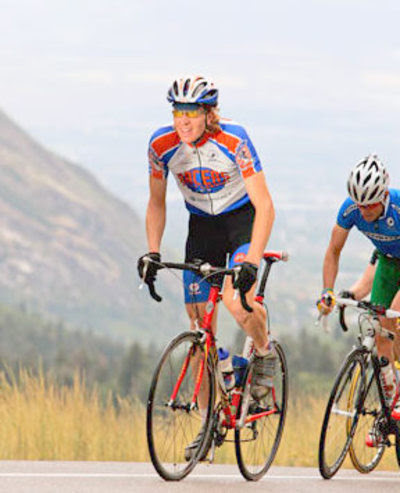 Road racers can be odd ducks.  I saw some more of their oddity on Saturday when I competed in the Snowbird Hill Climb.  It was the first, and probably the only, road race I’ll do this year.  It starts in the valley and climbs about 3,500 feet in about 10 miles to Snowbird ski resort.  Unlike most competitive road races, this one does not require a license, which costs something like $65.  They have a category for people like me that only do one or two a year and don’t want to buy a license, called the citizen's class, while the licensed racers are divided in to five categories.

Saturday was a blustery morning with occasional spats of rain.  The thunder and lightning up the canyon made me wonder why we were in such a hurry to get up there.  But that’s what we did.  There was a strong wind coming down the canyon from the opening gun so I jumped on somebody’s back wheel and sat there.  When someone passed me I jumped on his wheel. My intent was to draft all the way to the top, but one guy I drafted was wearing cologne, and it was so strong that my eyes watered.  Who wears cologne to a bike race?  I didn’t draft him for very long.

Soon I was in a group of six that had pulled away from the pack.  I sat on another guy’s wheel for about ten minutes, during which time he answered a call on his cell phone.  That’s something you’ll never see in a mountain bike race.  I thought that was a little odd, but he kept up his pace so I stuck on his wheel.

Then I picked up the pace in the last two miles and dropped a few riders, including the cell phone guy.  Another guy, most likely a category 5 beginner, said “I think it’s time to consider an upgrade.” in a snippy voice as I went past.  Most mountain bikers have nothing but praise for somebody that passes them, but he must have been mad about me passing him even though he’d had a five minute head start.  I didn’t stop to ask.  I went on to finish fourth overall among the citizens and first in my age category.  I should have asked him why he and his fellow road racers were so odd. 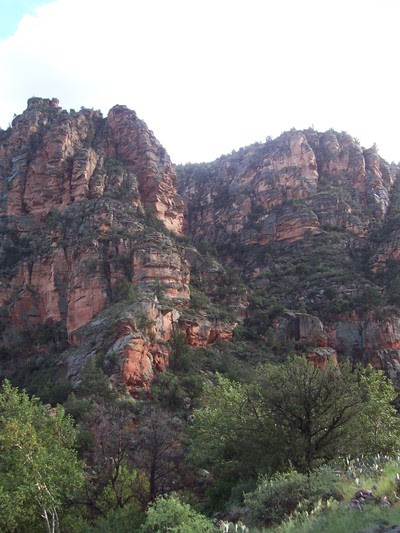 Sometimes when I ride my bike I think about the desert.

I think about places with immense heat.  The kind that slows everything down.  My breath, my pace, my sense of time.  All slow to the speed of the prickly pear… 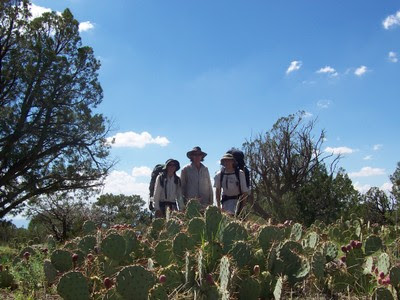 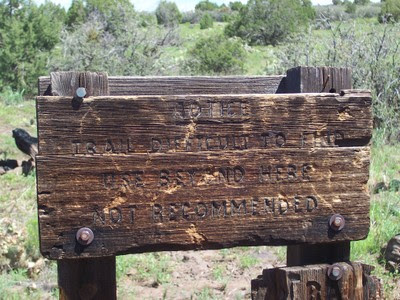 Where the only available water isn’t fit for bovine consumption… 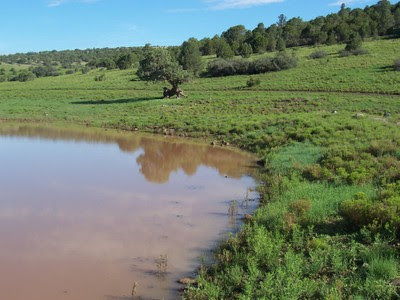 But it is an ironic place, the desert.  Sometimes there is so much water it gets in the way… 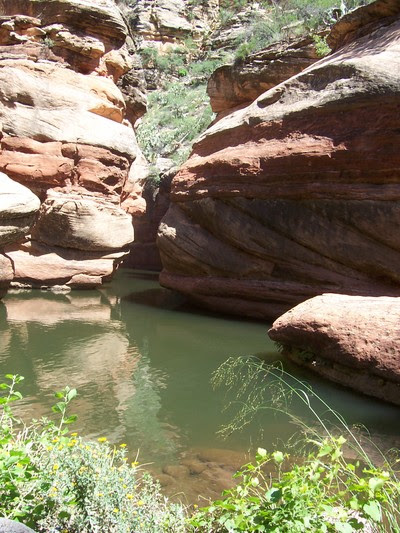 Sometimes the water is the way… 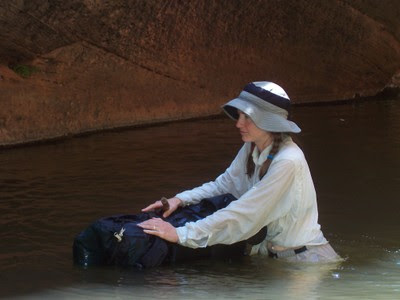 It’s called Wet Beaver Canyon, and yes we made our fair share of ‘wet beaver’ jokes.  But one was less a joke and more a reality... 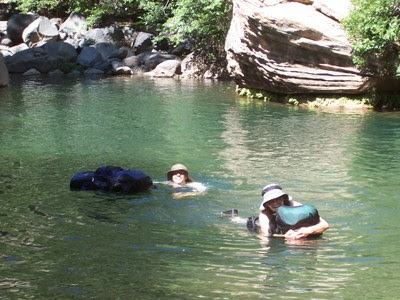 The desert only lets wet beavers get through. 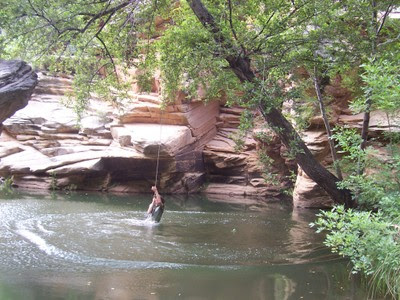 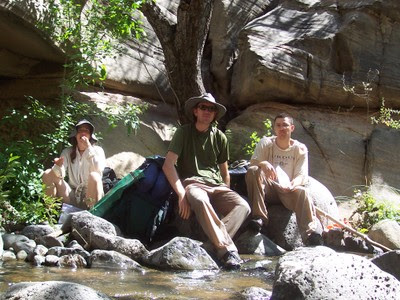 
I found out on Saturday that I go much faster when there is
air in my tires. It was really a let
down. In past years the Wolverine Ridge
race course on the north slope of the Uintah Mountains is a miserably loose and dusty course with one long relentless climb and a very
rocky descent. Saturday was the one day
all summer that the course wasn’t overrun by ATVs. I’ve never considered it a fun course to
ride, at least certainly not a place I would ride in a non-race situation.

But this year was different. It rained heavily on Thursday and Friday and the sandy soil of the race
course soaked it right up to make for excellent riding conditions. Our group started off fast and I had trouble
keeping up with them at first. I think
it was because I’d ridden 30 miles the day before and my legs hadn’t quite
recovered. But when the course turned
upward I felt good again. I found the
right gear and pushed it hard, and passed three guys before reaching the
top.

Then came the rocky descent.

I have been racing in the Intermountain Cup for three years
and have never had a flat tire during a race. I guess I was due. I remember
seeing the sharp rock right in my path. I remember thinking it would be nice to avoid it if I wasn’t going so
fast. I remember hitting it squarely
with first my front, then my back wheel. I remember feeling my back tire compress and my rim hit the rock. I remember hearing the tell tale hiss of a
pinch flat.

I don’t remember exactly how many guys passed me, but I
distinctly remember Paz coming by and offering tools or tubes. He then reminded me why you can’t afford lose
your focus when descending—even for one second. He showed me one of the best endos I’ve ever seen.

Paz must have been pretty shaken up, because I caught him
quickly after I got my tire fixed. But
the wind had been taken from my sails. I
rode the last lap in the doldrums of last place. I was still in the race, but I didn’t feel
like I was racing anymore.

It turns out that one pro didn’t pass me when I was fixing
my tire, as I actually finished second to last. When I crossed the line I remembered
one more thing. I haven’t switched to
tubeless tires because I’ve seen so many people have flat tire problems with
them.  I think I’ll rethink that one. Oh yeah, I got this picture from Chris Fox. It was taken after I flatted, and yet I’m
still smiling. Or is it a grimace? I’m going to call it a smile because there
are many worse things I could have been doing.

Send me a picture

Ryan and I made the trip to Soldier Hollow on Wednesday night for the final Shoot ‘em Up Short Track race of the year.  Most people call it a biathlon, but I think that’s too sophisticated a term for a wacky sport that mixes mountain bikes and firearms.

It works like this: Racers ride a 1.5 mile lap then come in and shoot 5 pellets at 5 targets, ride one short penalty loop for every missed target, then head out for another lap.  Altogether we did 5 laps and 5 shooting sessions.  I did remarkably well considering my lack of experience with a gun.  I did a total of 6 penalty loops, which is a huge improvement from last year when I missed 22 of the 25 possible targets.

Speaking of wackiness on bikes, I’ve been seeing some outrageous bikes lately; 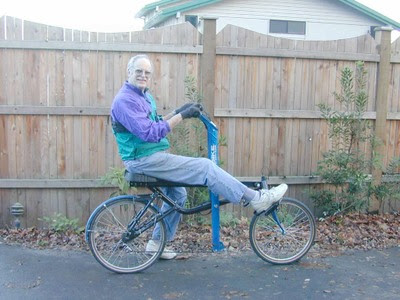 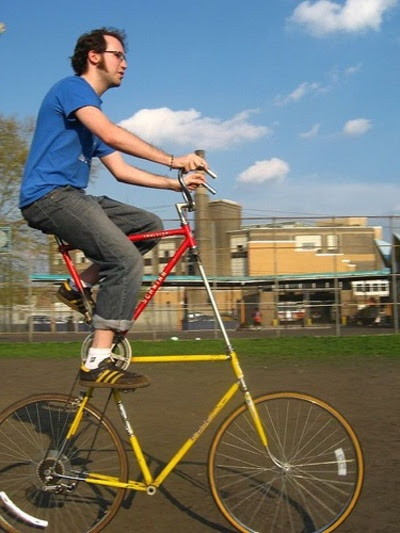 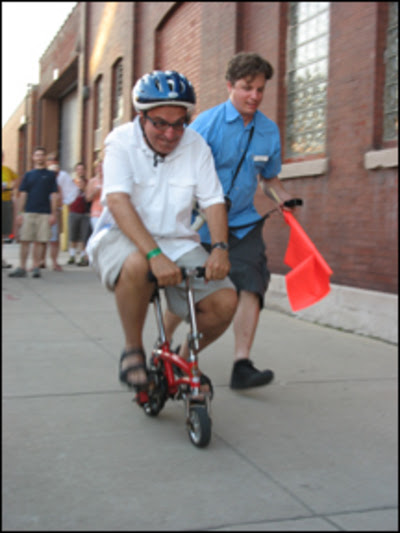 a bike equipped with a snow plow...

I even have my own chopper... 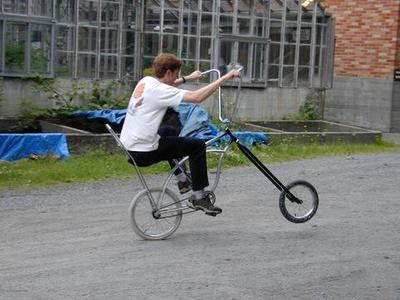 But until this week, I have never seen a bike with fur… 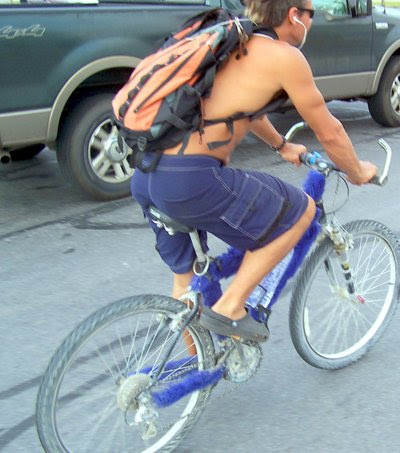 Burning Man is only a few weeks away.   What wacky bikes are you seeing?  Send me pictures.