People have accused me of being a dog hater.  It’s not true, but much of the time perception is stronger than reality .  Truthfully, I’m not a dog hater, but I’m not a dog lover either.  I will admit that I hate interacting with unleashed dogs that I don’t know, especially when I’m approaching them rapidly on my bike or skis.  I think I’m pretty justified in this hatred.  Ryan is too.

To prove I’m not a dog hater, or maybe because my therapist says I’ve got to make peace with the canine species, I did something Saturday morning that I never thought I’d do.

More specifically, I participated in a Skijoring race.  The race was put on by Racer and his wife, Maren.  They told me I could borrow a dog and all the equipment I’d need.  Maren also promised to give me a dog that knew what he was doing, to make up for my not having a clue.

So Mags and I waxed up our skis and made the drive to Park City Saturday morning.  We quickly met Amy and her two Malamute puppies, Wilson and Brutus.  Here’s a picture of Mags with eight-month-old Wilson.  I think Wilson outweighs Mags. 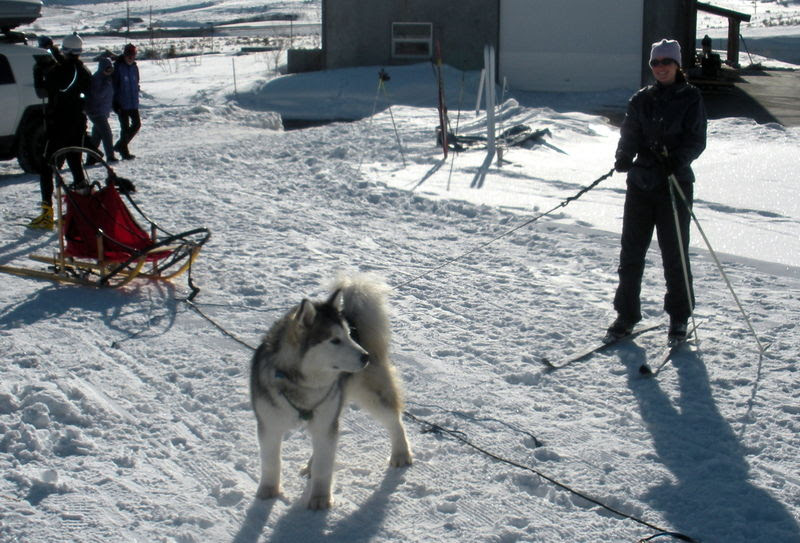 Mags and I spent about an hour trying to get Wilson and Brutus to pull us around, and had the most success when Amy ran in front of them.  Maren said I could use a second dog during the race that should work well with Brutus.

Meanwhile, Aaron and I got interviewed by a reporter from Park City TV.  I think he was a bit disappointed when we told him this was our first experience skijoring.  I also doubt that clip will ever make it over to YouTube. 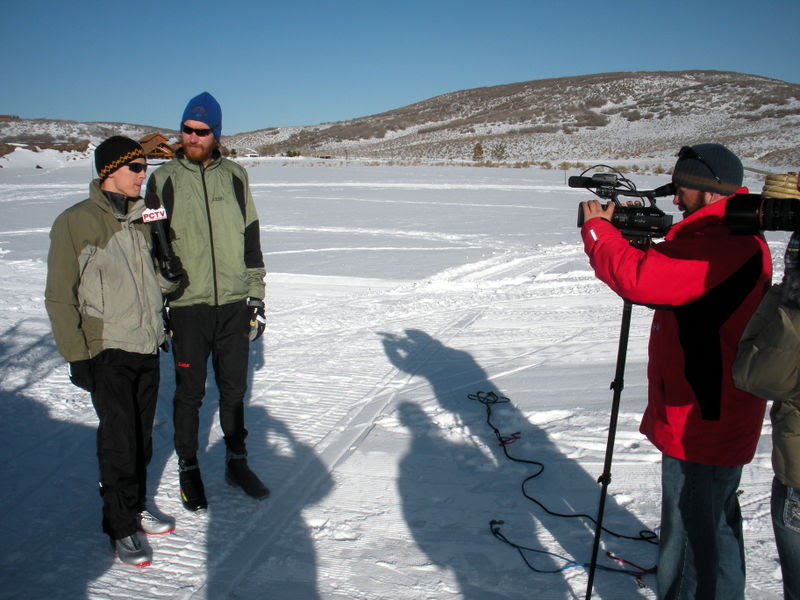 One minute before the race started I was introduced to Zilla, my second and supposedly well trained dog.  We hitched her up alongside Brutus and they immediately started to wrestle.  They were more interested in playing than in pulling me around the two mile course.

After about five minutes of trying to cajole them into working, I finally gave up on Brutus and sent him back to Amy.  Zilla and I then took off up the hill.  Zilla was a good worker as long as she didn’t get distracted, which initially was every 30 seconds.

Eventually Zilla got the message and we started passing people.  She pulled us all the way into fourth place—good enough to win me a pair of socks.

After the race, Zilla and I went out for another lap, just the two of us.  You might say we bonded.

This short article inviting public comment on a proposed bicycle transit center was in the Salt Lake Tribune today: 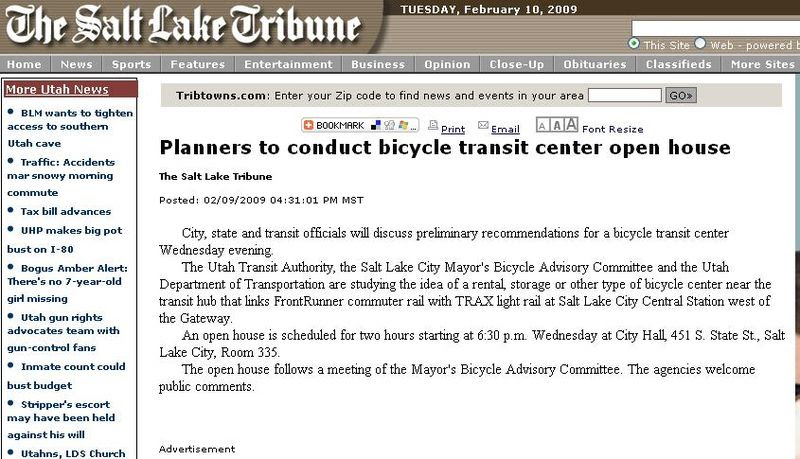 Those all seem like reasonable ideas, but I can assure you this bicycle commuter is not going to reroute his commute just to pass through the transit center.  And who’s going to want to take a shower at what is essentially Salt Lake City’s Grand Central Station [which is just around the corner from the Salt Lake City Mission]?  I think the money would be better spent retrofitting TRAX cars to accommodate bikes, putting more bike racks on buses and making more room for bikes on FrontRunner.

I really want to know what kind of commuter the proposed transit center would serve.