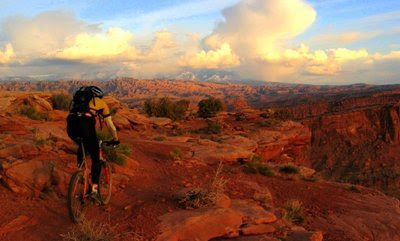 The trail is your future.  You, the bike, and the trail, you’re part of a continuum.  The vehicle is just a means, just an enabler, an extension of your idea.  That’s the joy of it; the journey. --Chris Stevens

I shaved my legs last night.  First time in months.  I was so hairy that I clogged the tub.

Now it’s time to see how my regime of bowling, yoga and skate skiing works as a race training program.

Here’s the end of another off-season. 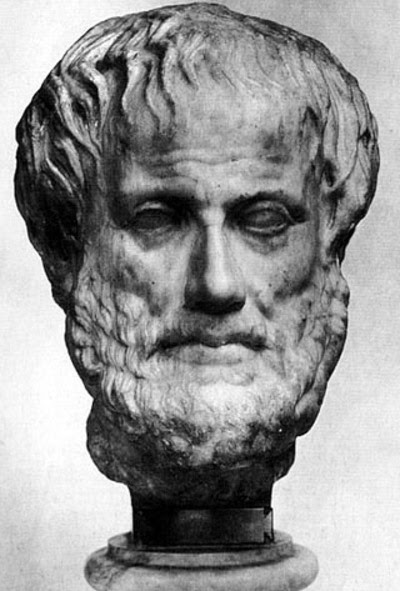 Aristotle said that our success at living a good life depends on two things.  One is having the moral virtue that enables us to make right choices day by day.  We don’t have to make the right choice all of the time, just more often than not.  Think of moral virtue as having good habits, like flossing your teeth or riding your bike.

The other thing our success at living a good life depends on is being [blessed, fortunate, lucky—you pick] with good opportunities.  As our moral virtues and good habits point us in the proper direction and (usually) keep us from doing things that are bad for us, being blessed, fortunate or lucky gives us the goods, means and opportunities that we cannot obtain by our own power or choice.

Dan, Darren and I headed south to St. George on Friday morning.   Ryan and Aaron, who likes us to call him Seldom Seen except in the presence of his wife, showed up a bit later.  You might say that winter mountain bike trips to Dixie are morally virtuous, or at least a good habit to have.  The weather report called for sunny skies and temps in the 60s, which is to say that we were blessed, fortunate or lucky that the weather would be perfect for mountain biking.  The plan was to repeat last year’s Mardi Gras celebration by riding the Dixie Trinity, but first we cruised a lap on the Desert Rampage race course on Friday afternoon before cutting over the hill to Bearclaw Poppy.    That’s where we first met the mud.

The Bearclaw Poppy trail is famous for being a smooth, hard-packed roller coaster of a singletrack ride.  It is that way because of a high clay content in the soil and a near absence of precipitation in area, which is part of the Mojave Desert.  But this has been an abnormal winter, especially for St. George.  They got several inches of snow last week, and that snow was slowly melting and soaking into the clay when we tried to ride there on Friday.

We made it about 50 feet down the Bearclaw Poppy trail before our tires were caked with mud.  We probably could have gone on but chose not to be the guys who ruined a great trail for everyone.

We tried the JEM trail the next day, and had the same result.  We thought about the Holy Goose but heard rumors that it was sitting under six inches of snow, so we didn’t even try.

So while we wouldn’t be communing with the Dixie Trinity, we were in a position to ride some drier, lower elevation trails for the first time.   We
unknowingly decided to take a brief tour of some world religions at the same time.

First up was Church Rocks, which, of course, represents western Christianity and could arguably be a fourth member of the Trinity, but that would make it a Quatnity and that just doesn’t make sense.  I really have no idea why the ride is called Church Rocks.  I’m just making this stuff up, which by now you should expect from a blog called hooptedoodle.  Some people choose to get married in a church.  Others think Church Rocks is a good place to pop the question. 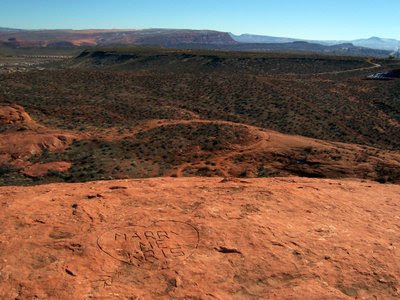 Next up was the Paradise Rim, where we sampled the relatively new Korean faith of Chundoism and its aims to convert our society into a paradise on earth.  Rather than amaze my riding companions with my astounding knowledge of world religions, I decided not to mention Chundoism to them at this time.  Instead I suggested that maybe there’d be cheeseburgers at Paradise Rim.  You know, “Not too particular not too precise, I'm just a cheeseburger in paradise.”  I bet you didn’t know Jimmy Buffett was a Chundoist.  Don’t worry if you don’t get it.  My riding buddies didn’t get it either.  But go ride Paradise Rim anyway.  It’s “Heaven on earth with an onion slice.” 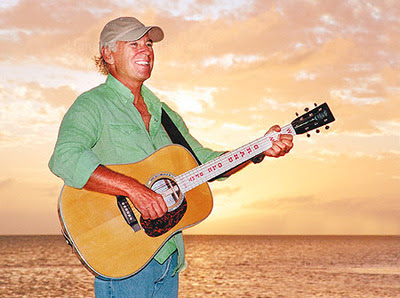 Finally we visited the Zen Trail.  It’s like Gooseberry Mesa on a slant.  It twists its way across a rocky slope with biting rocks and oppressive drops that only a transcendent cyclist can master. 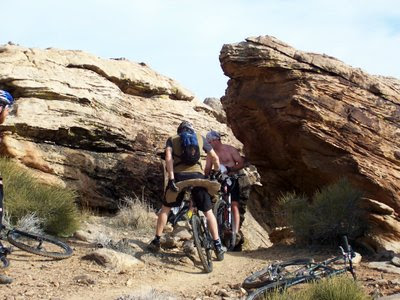 We found an ancient Anasazi bicycle seat at the top of the Zen Trail.  Aaron, who reckons himself an authority on the ways of the ancients, decided to demonstrate for us how it was used, 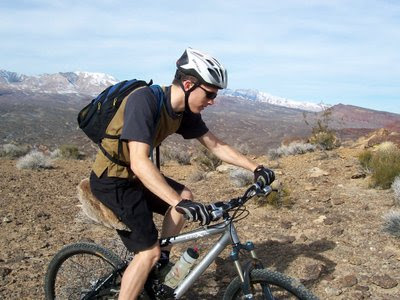 but in doing so he slipped out of his Zen state and dropped it.  I’m pretty sure he’ll be cursed with visits from evil spirits. 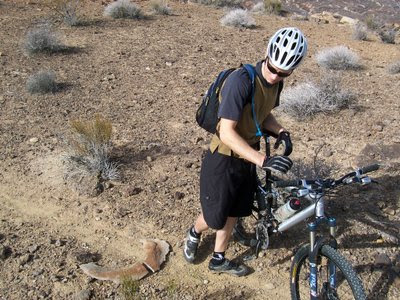 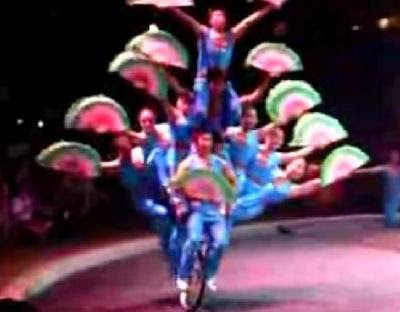 Mags and I went to see the Peking Acrobats on Saturday night.  If you ever get the chance, go see them.  It’s worth every penny.  The thing that stuck out most to me was the absurdity of the stunts they did.  I mean, who would ever think about diving head first through a hoop five feet off the ground? Or why would anyone want to do handstands on a platform held 10 feet in the air by martini glasses?  What about lying on your back and twirling an end table in the air above your feet? Who would ever even consider that? 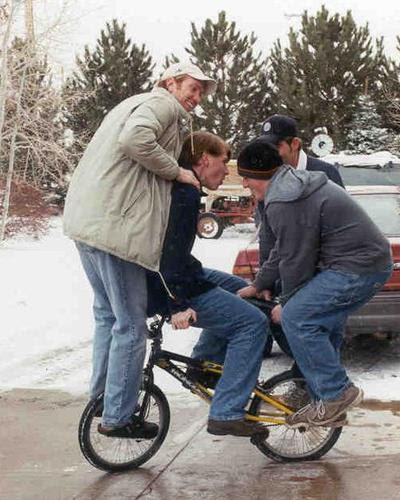 Toward the end they had a man on a bicycle riding in circles on the stage, at every turn he would pick up two passengers, somehow finding room for them on his bicycle.  He did this each time he went around until there were ten people on one bike.

The most people I’ve ever had on my bike was three, counting myself.  That was when I carried Mags and one of her friends across a parking lot.  We were coming home from dinner and I think I could have made it all the way but my passengers were starting to complain that their butts were sore.

Another time my brother carried me and two of his brother’s-in-law on a BMX bike.  It was so easy for him that he decided to do it backwards, sitting on the handlebars.  Also note that the back tire is almost flat. 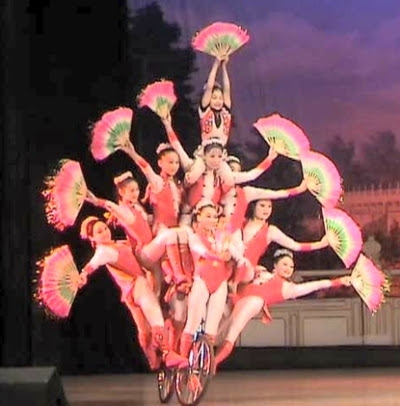 When I look at  that picture now I can see some places he might have fit one or two more passengers, and with a bigger bike we might be well on our way to ten.  All we'll need then is some pink leotards.