Can you handle 300 miles of stark desolation?

I’ve managed to convince a couple of suckers from the Northern Mojave to join me this fall on another bicycle tour around Great Salt Lake.  Mark from O-Town and I did it in the spring of 2006 and became, I believe, the first people ever to circumnavigate GSL by bicycle.  That tour inspired two other haphazard attempts at riding around the lake by Kirk and company (All bicycle tours are haphazard—this is a compliment).  One of those tours passed through Wendover(!) and included a stretch of riding across the salt flats.  The other expedition followed Mark's and my route, but in reverse.  Mr. Kirk described how that expedition ended in an email to me : 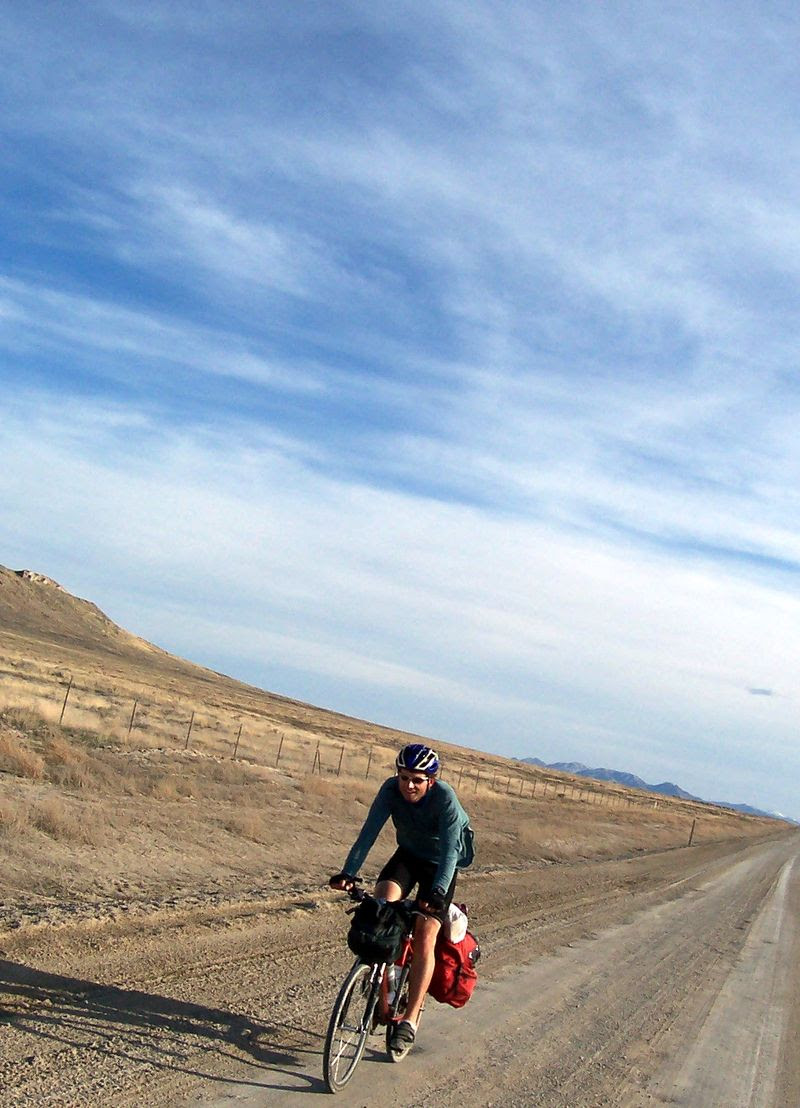 A friend and I rode "your [the April 2006] route" this past spring. We did it counter clockwise though. It took us 3 days but we really didn't finish it. It got to be like 10pm at night and we were still by the Tooele exit. I couldn't take the bugs and Interstate anymore so I called my woman and had her pick us up. I still feel like a total failure for doing that. We were sooooo close to being done. We were at 126 miles for the day. We had gotten BAKED by the sun all day, took a dramatic wrong turn, eaten alive by bugs, ran out of water, on and on and on. I hate my cell phone. I never would have called if it wasn't for that damn thing.

This year we’re going to take a slightly modified route which should keep us closer to the lake for more of the route.  We’re also taking a few precautionary measures to ensure we do not run out of water again but aside from that we’re prepared to shrivel, wither, evaporate and desiccate in the desert again.

Are you interested in joining us?  Serious inquiries only, please.  You’ll need to be prepared to ride nearly 300 miles in three days while carrying your own food, water and camping gear.  Still interested?  If my story of our first expedition, found here, doesn’t scare you off then email me and we’ll discuss the details.

You can also read Kirk’s story of his second expedition here.  It begins on page 22 of the pdf. 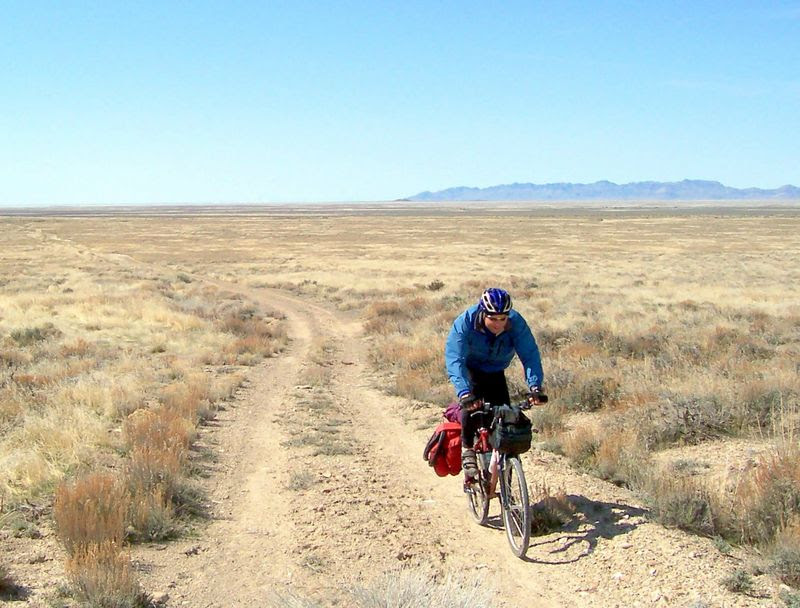 Overheard in My Office

I overheard this little gem this morning on my way to the water cooler: