John Steinbeck may have coined the word, and Jack Kerouac made his living doing it, but Earnest Hemingway could hooptedoodle with the best of them.  Check out this passage from The Sun Also Rises: At the end of the street I saw the cathedral and walked up toward it. The first time I ever saw it I thought the facade was ugly but I liked it now. I went inside. It was dim and dark and the pillars went high up, and there were people praying, and it smelt of incense, and there were some wonderful big windows. I knelt and started to pray and prayed for everybody I thought of, Brett and Mike and Bill and Robert Cohn and myself, and all the bullfighters, separately for the ones I liked, and lumping all the rest, then I prayed for myself again, and while I was praying for myself I found I was getting sleepy, so I prayed that the bullfights would be good, and that it would be a fine fiesta, and that we would get some fishing. I wondered if there was anything else I might pray for, and I thought I would like to have some money, so I prayed that I would make a lot of money, and then I started to think how I would make it, and thinking of making money reminded me of the Count, and I started wondering about where he was, and regretting I hadn't seen him since that night in Montmartre, and about something funny Brett told me about him, and as all the time I was kneeling with my forehead on the wood in front of me, and was thinking of myself as praying, I was a little ashamed, and regretted that I was such a rotten Catholic, but realized there was nothing I could do about it, at least for a while, and maybe never, but that anyway it was a grand religion, and I only wished I felt religious and maybe I would the next time; and then I was out in the hot sun on the steps of the cathedral, and the forefingers and the thumb of my right hand were still damp, and I felt them dry in the sun. The sunlight was hot and hard, and I crossed over beside some buildings, and walked back along side-streets to the hotel.

I love the exacting nonsense of every word.  It’s exactly the kind of stuff that goes on in my mind after three hours in the saddle.  It’s a "grand religion".

Nothing but a bunch of hooptedoodle today.  I don’t have much to say about anything much at all.  Sometimes this is when I’m at my best.  I doubt today will be one of those days.

I spent a good chunk of my weekend fixing flat tires on Mags’ bikes.  Her ‘70s era Raleigh 3-speed that she keeps in her office only makes an appearance in my garage when the tires go flat.  It’s my only chance to lube and tune it.

I get tired of fixing flats.  We’ve got something like 13 bikes, and it seems like one of them always has a flat.  I’ve got boxes of old tubes hidden throughout the garage.  I tell myself that one day I’ll patch them up and reuse them, but even I know that’s a lie.   Instead I invent clever ways to use them.  They make great shims.  One of my bikes has an inner tube wrapped around the seat tube so I could mount an oversize front derailleur on it.  There’s snippets of road bike tubes over the cross bars of my Yakima racks to keep bikes from wobbling.  Last fall I used an old tube to tie down the cover on our air conditioner.

I’ve tried using sealants like Slime to prevent flats, but have only had mixed results.  What usually happens is that I get a hole so big that the sealant can’t fill it.   If it’s a presta valve tube then I have to cut a hole in the tube, squirt in the sealant, then patch the hole.  That patch is bound to fail eventually.  Then I waste my time pumping it up, riding it until it goes flat, hoping that the sealant will do it’s job but still getting stranded somewhere without a pump. 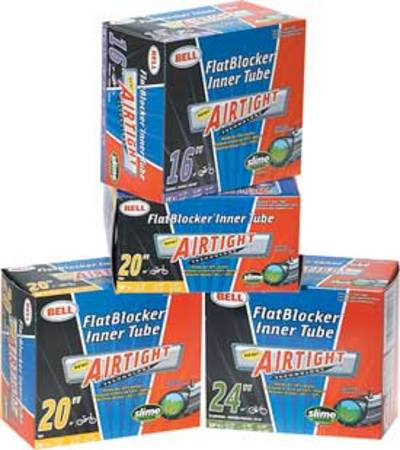 I recently discovered Bell’s FlatBlocker Tubes.  They’re extra thick tubes that already come with sealant inside.  They’re kind of tough to cram into a skinny tire.  I've broken a lot of tire levers trying.  But they might be the answer to my flat tire woes.  I put one in the back tire of one of my commuter bikes and didn’t have a flat all winter.  Now Mags’ Raleigh has one in the back tire too.

A trip to the vet 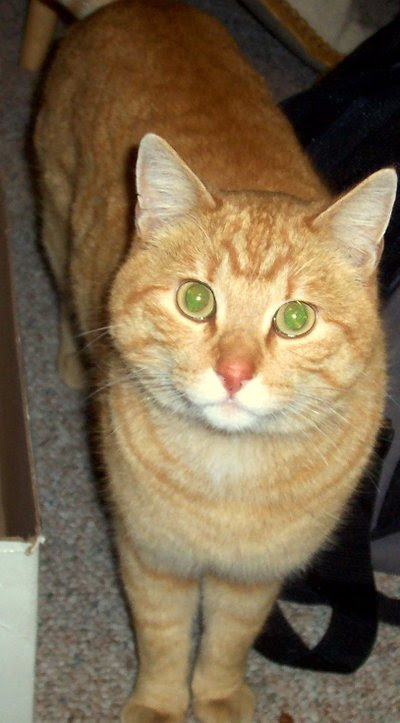 In my ongoing effort to eliminate all possible excuses to you becoming a bicycle commuter, today I am going to shoot down your excuse that your cargo is too fragile to haul on two wheels.  To do so I had to enlist the help of my cat Fenton.

This somewhat cantankerous, absurdly aloof tabby is named after my paternal grandfather.  Like my grandfather, who was a strict vegetarian, Fenton likes vegetables, especially squash, peas and steamed carrots.  Oh, and he absolutely loves corn on the cob.  But Fenton's no vegetarian.  He occasionally likes to stalk the local game, particularly Starlings and Field mice, but he’ll eat whatever he can catch, especially if it has worms.  That’s what necessitated his going for a bike ride.  It was time again for his annual checkup and worm pill. 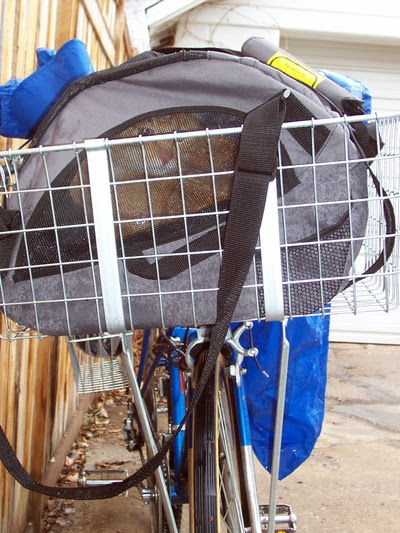 Did Fenton like the ride?  Well, he disappeared for two days afterwards, but I suspect that was due to the eight inch rod the vet stuck up his rear to check for worms.

I should tell him to leave the Starlings alone.

Mags and I spent the weekend in the desert.  The original plan was to hike down one tributary to the Escalante River, follow the river downstream for a few miles, then hike up another tributary to complete a loop.   Everything went as planned until we got to the river, which was running bank full and bitter cold.  Faced with the prospect of carrying my, and then Mags’s backpack across the waist-deep river umpteen times over the next six miles, I decided we were going to have a more relaxing trip in the desert.  So we spent the next two days exploring all the forks of the box canyon we were in. 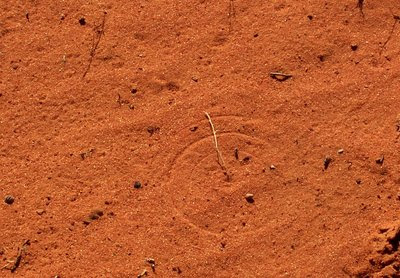 We camped high on a ledge overlooking the canyon floor, savoring the silence that was interrupted only by an occasional canyon wren or coyote howl.  That’s where I read Zen in the Art of Archery by Eugen Herrigel and found what it takes to ride the last laps in a race as strong as I do my first laps.  Well, it didn’t exactly say how to do that in the book, but it did say the first step toward mastery of an art is a physical loosening of the body, continued with a mental and spiritual loosening, making the mind free and agile.

Herrigel explains the next step with what may be the origin of the phrase “It’s not the arrow, it’s the Indian” that cyclists use to explain why having the lightest, geekiest carbon fiber bike won’t necessarily make you faster.  He says:

For master archers it is a fact of common experience that a good archer can shoot farther with a medium-strong bow than an unspiritual archer with the strongest.

So there you have it.  If I can ride my fourth lap with the same presence of mind that I have in my second lap I won’t fade in the final standings.  Instead of wishing I were done, I just need to maintain my presence of mind for all four laps.

I know what you’re thinking.  First, a few months ago I said that mountain bike racing was not a Zen thing to do.  I guess I was a wrong about that.  Maybe racing fits into that area where Zen and Confucianism share some similarities.

And second, you’re probably thinking this is just another of my cockamamie schemes to rationalize my way out of a real training program.  To which I say you’re absolutely right.  But it has gotten me this far, so maybe the Buddhists are on to something. 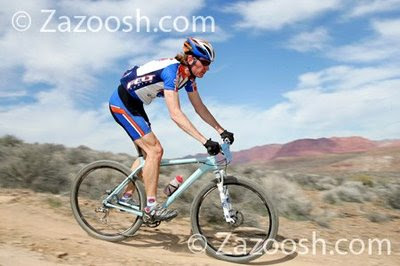 Some observations from Saturday’s race in St. George:


Oh, and thanks to Chris and KC for providing excellent support.