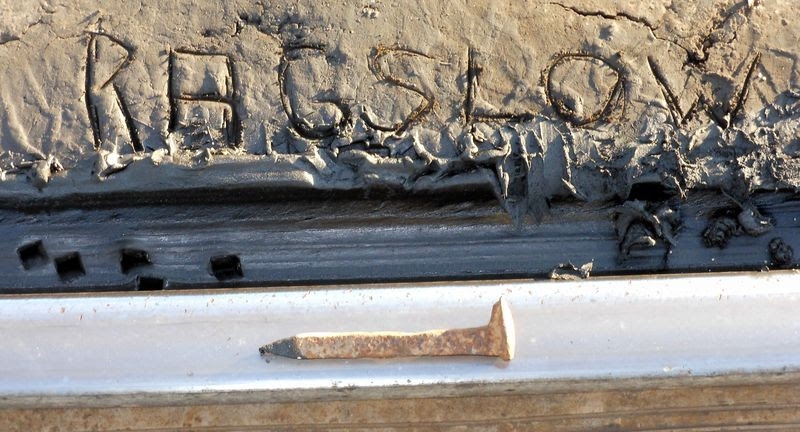 Mark and I were sitting on the railroad tracks when the first man on a four wheeler rolled up.  The road west along the tracks was closed in six miles, a Union Pacific sign courteously but sternly warned us.  The road south to the Newfoundland Mountains, our desired destination, was too wet and goopy for our bikes.  We had just pedaled over 80 miles across the Great Salt Lake with the intention of climbing Desert Peak and seemed now to be thwarted just ten miles from where we could start hiking.  In those moments of indecision we had hidden our bikes behind an embankment and were considering starting our hike from there when instead we decided it was a good time for lunch.  We had not seen a train for over an hour.  When the first ATV rider arrived I was sitting on the rails munching on a cheese and mustard sandwich so I let Mark do most of the talking.  After exchanging a few pleasantries Mark asked the man about the roads in the Newfies.  We were learning about a ride he’d done down the east side, over a low pass and back north on the west side when his partner rolled up on a second ATV. 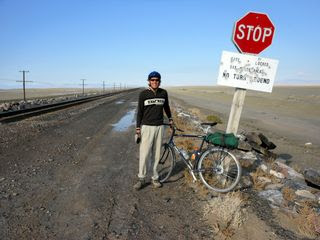 This time there were no pleasantries.   “How the hell did you get out here?” the second man asked as soon as there was a lull in the conversation.  We told them about our bikes and secretly wished we hadn’t as they could steal them and leave us out there to die in the desert.  Then Mark turned back to the first man and asked more about his ride around the Newfies.   We were particularly interested in the road around the southern end of the range, though the Air Force’s bombing range.  If that road was passable then a circumnavigation of the Newfies by bicycle was a distinct possibility.   After a minute or so there was another pause in the conversation.   The silence of the desert hung in the air.  I started to peel a tangerine.  Mark looked at the railroad ties, then at me, then at the first man.  I might have heard a coyote howl.  The second man couldn’t take it anymore.  He had to be sure, he asked, “You mean you rode your pedal bikes all the way out here?” 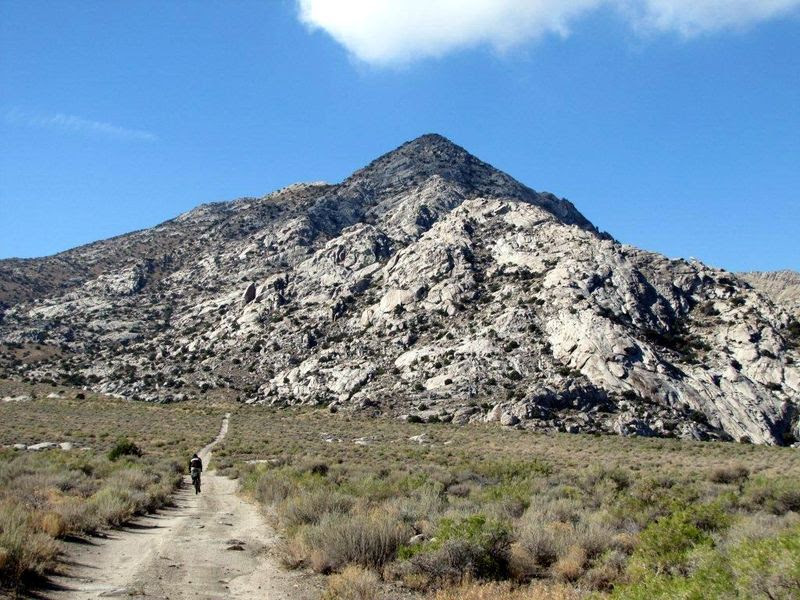 Indeed we had.   We camped two nights on the mudflats near the Hogup Mountains, far enough from the railroad tracks not to be awakened by passing trains but not so far that we couldn’t walk over after dinner one evening to put railroad spikes on the rails to watch them get squashed by freight trains bound for the ports in California.  We raced our bikes across the mudflats, marveled at the enormity of Governor Bangerter’s pumps on the Lake’s western shore while debating the futility of that attempt by man to control his environment, and watched with curiosity as backhoes and bulldozers built miles of dikes to parcel out more of the Lake into evaporation ponds so Great Salt Lake Minerals Co. can produce and sell us more salt to sprinkle on our roads, salinate our rivers and farmlands and be pulverized into dust we can breathe in our winter air.   The west shore of the Lake is changing.

Indeed, even the desolation that draws us out there is at risk.  On the morning of our return we met a Union Pacific employee who was out inspecting the track.

We hoped he wouldn’t notice our collection of squashed railroad spikes but he seemed more interested in telling us about the other cyclists he’s seen out there.   He’d noticed our tracks on the causeway on his way across the Lake that morning and figured he’d run into us sooner or later.   “Most of them are out lookin’ for Jesus, I guess.” he says of the cyclists he sees out there all the time.  “Are you heading back today?  Well, watch out for trains.” 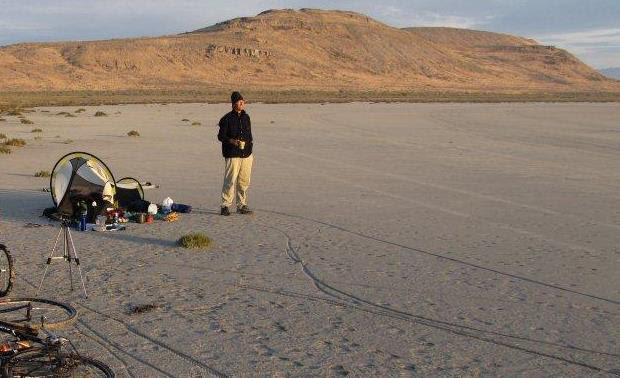 “Yes sir,” I say with a smile because he has implicitly given us permission to ride across the privately owned causeway, which we were going to do anyway, “we’ve found our Jesus and are ready to go home.”  As we turn away and pedal for home my smile turns to a frown because he has also implicitly stated that Mark and I are not the only nut jobs who ride out there.  As much as I’d love to see more people out enjoying the Lake, I want to keep that most desolate part of the Lake just for us.  I decide not to believe him.   As far as I am concerned, we are still the only cyclists who ride out there.